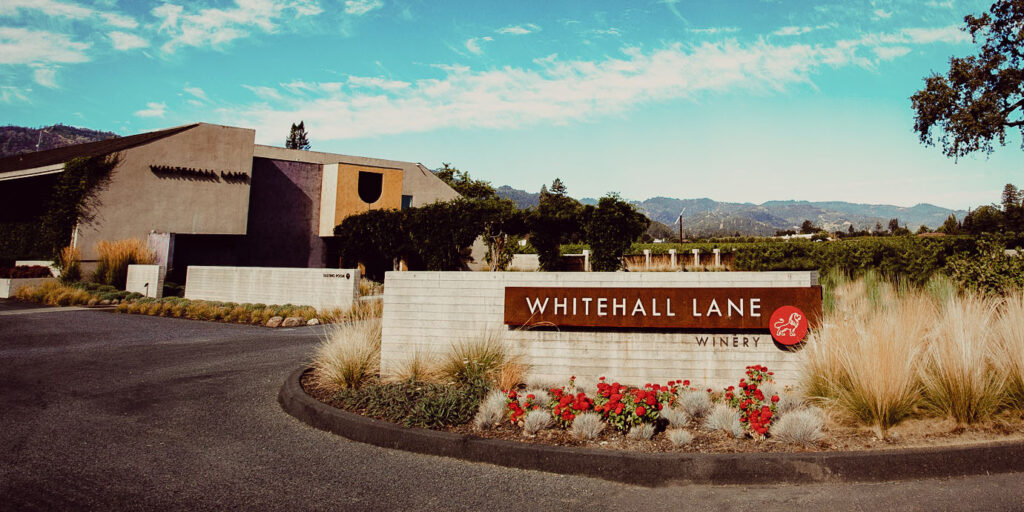 Whitehall Lane Winery was founded in 1979, but the history of the soil cultivation dates back two centuries. In the mid 1800’s, Napa Valley settlers were drawn to the gravelly-loam soils and ideal climate, planting high quality grape vines at the Whitehall Lane Winery site. A barn constructed in the early 1900’s for equipment storage is still used today. In 1979, two brothers started the winery and directed their winemaking efforts successfully to Merlot and Cabernet Sauvignon. They named the winery after the road that runs along the southern border of the property, Whitehall Lane.

In 1993, the Leonardini Family purchased the Whitehall Lane Winery estate. They updated the winemaking and barrel-aging program and introduced a scientific approach in the vineyards. The winery now owns seven prime vineyards that are the cornerstone on which the wines are made. They include two vineyards in the St. Helena Appellation, three vineyards (including the winery) in the Rutherford Appellation, one vineyard in the Oak Knoll District of Napa Valley and one vineyard in Sonoma Valley.

The Leonardini name means “little lion” in Italian. The name is a testament to their fierce commitment to becoming kings of the wine world, an homage to the leadership and ingenuity of their parents and grandparents. In its short history, Whitehall Lane has developed into a world-class winery. The efforts of the Leonardini Family are evident in the run of accolades from wine publications but are even more apparent in their elegant, beautifully made wines.

This ferociously fun blend has depth, balance and big flavors. The nose evokes black  cherry cordial, fresh blackberries, strawberry rhubarb pie, mocha, cedar, dark chocolate, and a hint of graphite. On the palate, it bursts with mixed berry compote, blackberry jam, cacao bean, and toasted walnuts on the finish. This wine has great texture that ultimately finishes with round, silky smooth tannins.

Candied black cherries and pomegranates burst out of this wine aromatically, coupled with graphite, cocoa dust, fresh tobacco leaf, cherry cola, baked croissant, and toasted vanilla. On the palate, this Merlot has fine, firm tannins alongside red currants, strawberry rhubarb pie, raspberry coulis, toasted walnuts, leather, and spice. It is supple in texture and shows attractive depth on the finish. Enjoy right now and through 2026 with proper cellaring.

This beautifully blended 2019 Cabernet Sauvignon is exquisitely balanced with excellent fruit concentration. On the nose, this wine offers fresh blackberries, black cherries, blueberry pie, graphite, toasted brioche, and a touch of lavender. The palate offers plush but concentrated tannins, mixed berry jam, dried black cherries, dark chocolate, toasted walnuts, cedar, and a touch of vanilla bean with a finish that softens and lingers. This offering is enjoyable today but will also evolve with cellar aging through 2030.