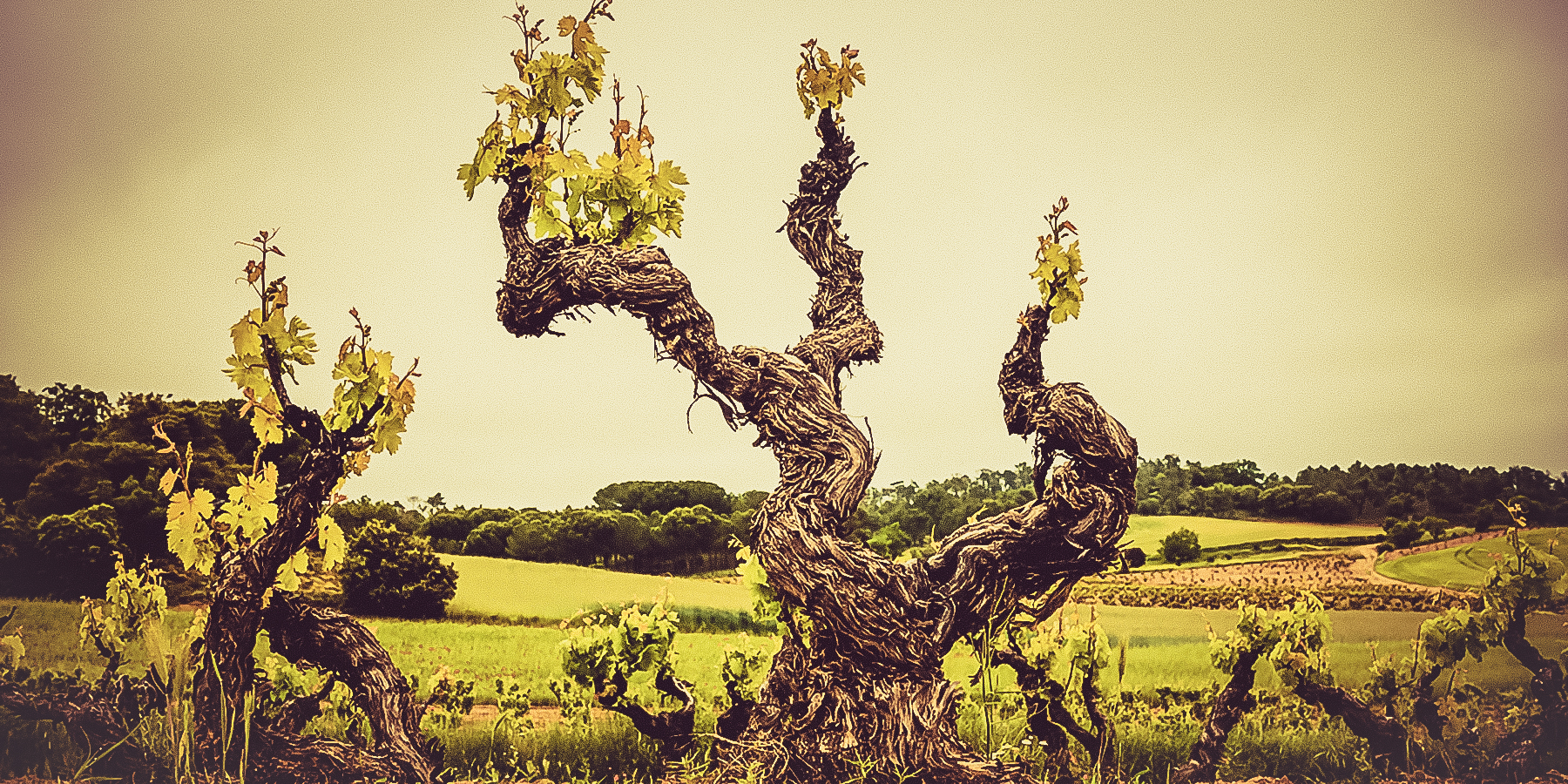 As a young student of enology, Jorge Monzón traveled to Burgundy. Despite not speaking a word of French or having any recommendations, let alone experience, he convinced Domaine La Romanée-Conti to take him on as an intern. His eagerness and desire to learn led him to shadow maître de chai, Bernard Noblet, observing all the steps he took to create the famed wines of this historic Domaine.

Returning to Ribera del Duero, Jorge began purchasing old vineyards around his hometown of La Aguilera – parcels in danger of being ripped up and replaced with more productive clones of Tempranillo as well as “fashionable” Cabernet Sauvignon, Merlot, Petit Verdot, and Malbec.  These undesirable vineyards were ancient, unproductive massale selections of Tempranillo mixed with a diverse range of other varieties – all “useless” in a region that prized extraction, production, and the “ameliorating” contribution made by international varieties.

However, his years at DRC did not addle Jorge’s brain, they only convinced him that terroir and tradition matter. His vineyards, some planted before phylloxera, were planted exactly as they had been for centuries – predominantly Tempranillo with a wide genetic diversity alongside Albillo, Tempranillo Gris, Cariñena, Garnacha, Bobal, Bruñal and other varieties so obscure that they haven’t been identified yet. Ranging in age from 60-150+ years old, it is surprising that these vines survived at all.

Together with his wife, Isabel Rodero, Jorge founded Dominio del Águila in 2010, and they have expanded their vineyards to 66 hectares. Farming is certified organic and Isabel, an architect, supervised the renovation of three ancient cellars dating to the 15th century dug deep into the bedrock under the village. Natural yeast, whole cluster co-fermentations are the first step in the process with pigeage done by foot. After primary fermentation, the wines are placed in oak barrels for malo and aging. Their cold, subterranean cellars ensure that their wines’ evolution proceeds slowly, allowing for the development of greater complexity and nuance.

Not quite a rosé, clarete is a style traditionally produced in Ribera del Duero: a mixture of red and white grapes that are aged in barrel. Jorge and Isabel are working to recover this style. With the freshness of a white and the structure of a red, this is a delicious hybrid. Gorgeous aromas of white flowers, fennel, and red berries, you will taste an energetic and textured wine with great structure and complexity. Light, tight and intense in its youth, it has a promising future ahead of it.

The Tinto is a co-fermented blend of primarily Tempranillo with Albillo, Garnacha and Bobal – fruit which is strictly selected from parcels chosen for their quality, but also in response to vintage conditions. With aromas of blackberry, blueberry and dark cherry, vanilla, sweet spice and chalky tannin. A fresher style of Ribera del Duero that aims for elegance over extraction.

The Reserva is a wine made from oldest vines near the village of Aguilera. Aromas of blackberry, blueberry and dark cherry, while on the palate notes of vanilla, sweet spice with chalky tannins. Aromatic, expressive and floral, a fresher and more refined style of Ribera del Duero.