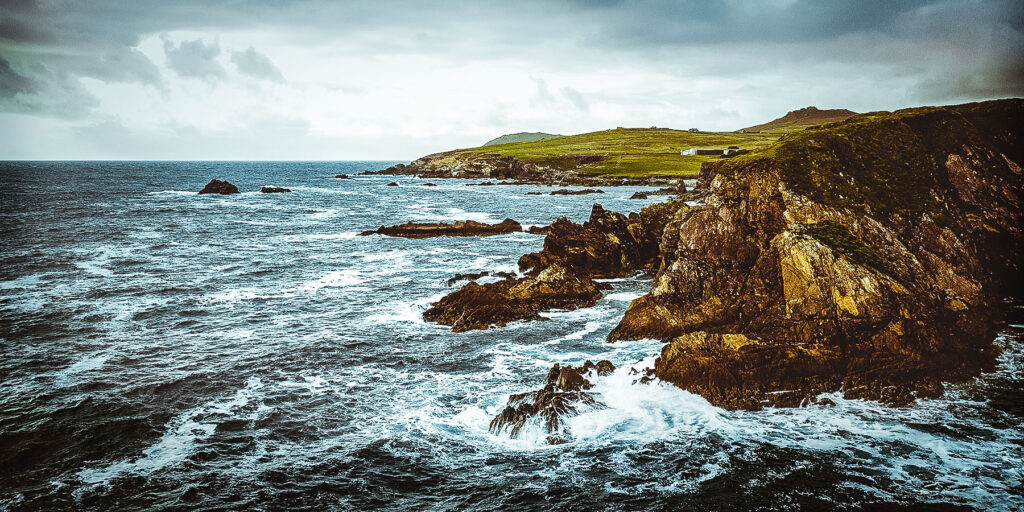 Situated in one of the most beautiful parts of Ireland on the Wild Atlantic Way in Dingle, County Kerry; Dingle Distillery is not in the business of creating megabrands, nor do they distil for anyone else. Their scale is modest, with quality over quantity at the forefront of their thoughts. Dingle’s approach to what they make is essentially artisan, rekindling the tradition of independent distilling in Ireland. Two hundred years ago, Ireland had over a hundred officially recognized distilleries; by the turn of this century there were only two.

When the first spirit trickled from the stills in November 2012 it represented a milestone in the history of distilling in Ireland. Now, Dingle Whiskey continually matures in the mild, moist climate of Ireland’s south-west coast. Using three distinctive, hand-crafted copper pot stills, Dingle creates the ultimate Irish Whiskey. The copper pot stills’ distinctive design, incorporating a boil ball, encourages reflux and has much to do with the remarkable smoothness and purity of the spirit. To achieve the desired effect on their award-winning Gin and Vodka, they use a small, swan neck pot still.

Dingle appears to be at the forefront of a minor revolution in that the distillery is the first of what appears to be artisan distilleries throughout the island of Ireland. The future of the Irish Whiskey industry looks bright and Vice Imports is proud to represent Dingle’s Whiskey, Gin and Vodka here in Canada.

Dingle Distillery’s highly anticipated fifth Single Malt release is upon us. The fifth release comprises of malt whiskey that has been matured in ex Bourbon, PX and Madeira casks. This will be the first such release from Dingle. Bottled at 46.5% and non-chill filtered. Batch 5 is a very interesting whiskey in which the component casks come to the fore at different stages. The bourbon adds aroma and spice whereas the PX and Madeira casks deliver on mouthfeel and taste.

This Core Single Malt release has been years in the making and comprises of malt whiskey that has been matured in ex-Bourbon, and PX sherry casks. 39% Bourbon, 61% PX Sherry. Bottled at 46.3% and non-chill filtered. This is a very interesting whiskey in which the component casks come to the fore at different stages.

A classic Irish gin that grows in stature year on year. Made with water from the distillery’s own well and infused with local botanicals such as rowan berries from the mountain ash trees, fuchsia, bog myrtle, heather and hawthorn, it’s a true taste of the Kerry landscape.

Dingle Distillery’s first product. Before the whiskey and before the gin there was Dingle Vodka. What makes this vodka so unique and unusual is the fact that it is quintuple distilled. The fifth distillation creates the finest purest spirit. As with all their products, Dingle uses water from a local well to create their masterpieces, all of course in small batches. If you have never tried an Irish vodka, this is a great starting point.